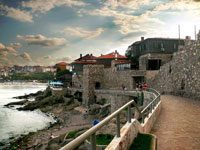 The first Scientific Symposium "Metrology" (hereinafter - Symposium) with international participation was held on September 1990 in the town Sozopol, in the holiday house of the Technical University - Sofia. Initiator, founder and first organizer are prof. Vasil D. Filev and the laboratory "Metrology" at the Department of Electrical measurements of Faculty Automation at the Technical University - Sofia.

From the fourth symposium (1993) as co-organizers were attracted Prof. D.Sc. Hristo K. Radev and the headed by him Laboratory Coordinate measurements in mechanical engineering at the Faculty of Mechanical Engineering of the Technical University of Sofia. With their participation in the topics area were included also measurements of geometrical and mechanical quantities. Later the topics area was further expanded and today it includes the basic branches of metrology and metrological assurance. 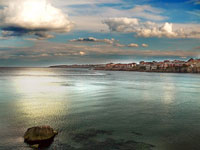 The time and the venue of the Symposium are traditional, without changes – the beginning of September in the town of Sozopol in the recreation home of the Technical University of Sofia.

The main organizer of the Symposium is the Technical University of Sofia, represented in the period of 1990 to 1995 by the two already mentioned laboratories and from 1996 till today – by the two departments - Department of Electrical measurements of the Faculty of Automation and Department of Precision Engineering and Measurement Instruments of the Faculty of Mechanical Engineering.

The sponsors of the Scientific Symposium are various Bulgarian and foreign organizations and companies. 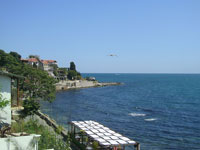 The Symposium has contacts and collaboration with the international organizations IEEE through the IEEE Bulgarian chapter.

In the years the Symposium has been recognized as a competent scientific forum with broad international participation. The topics of the papers are of underlined scientific and scientific application character and are related with problems of metrology and metrology assurance in science, production and practice. The requirements to the quality, the scientific and application contributions of the reported papers, which in the last years (from 2000 on) are being reviewed by the International Programme Committee, are constantly increasing.

The participants and the audience of the Symposium are specialist-metrologists from diverse areas of science and practice in Bulgaria and abroad – Technical Universities, Scientific Institutes and organizations, Metrology divisions of state and private organizations and companies, etc. The foreign participants are mainly from the universities and the various metrology organizations and companies from Germany, Great Britain, Denmark, Netherlands, Czech republic, Russia, Ukraine, Belarus, Italy, Israel, Greece, Romania, Macedonia, Turkey, etc.